Toga Tour (only in German) 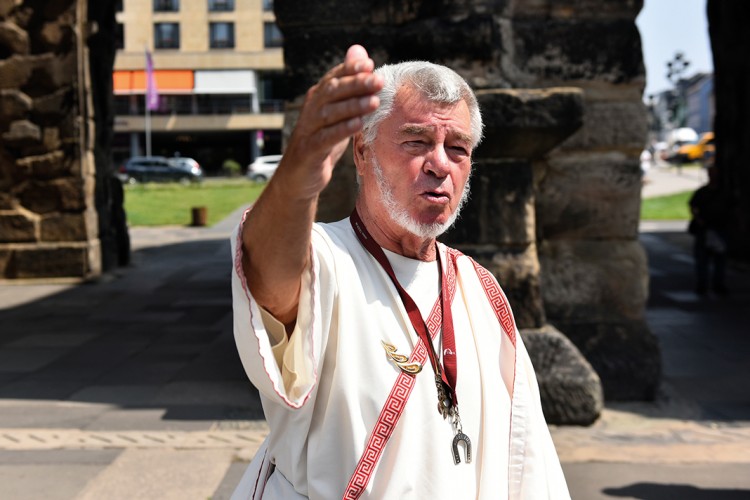 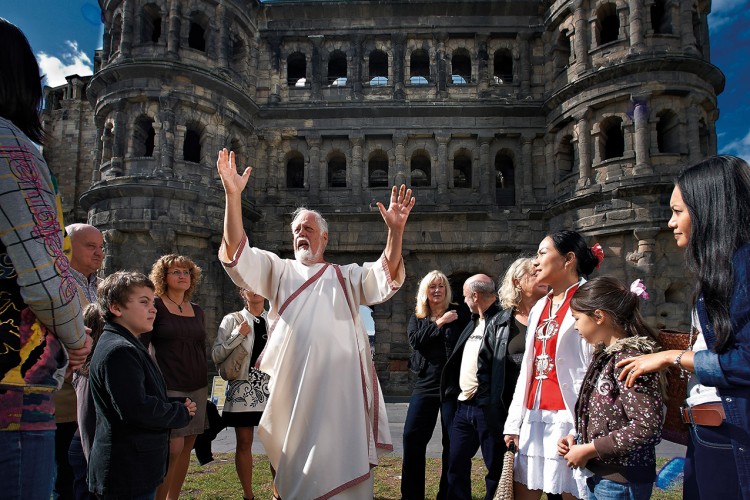 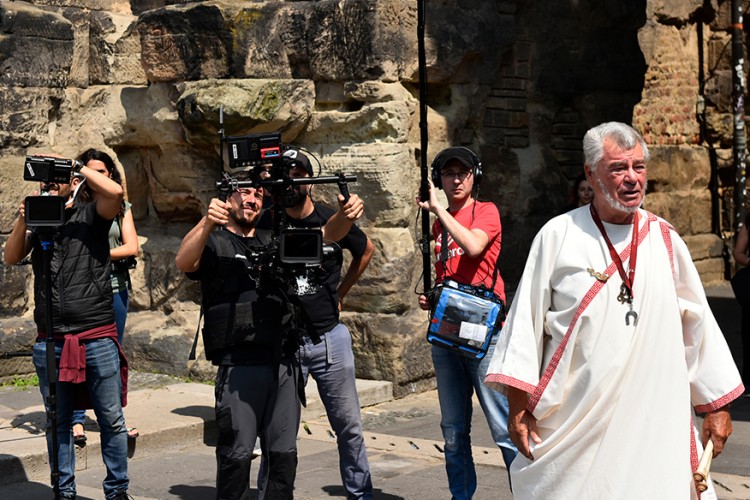 Like
Share
The Roman Empire – collapsed? The antiquity – long gone? That may well be. But you can still find traces of these in Trier: Born-and-bred Romans who knew the city as Augusta Treverorum, and who were there for Constantine’s reign and his major construction projects, such as the cathedral, basilica and Imperial Baths. Some of them had connections to the imperial family, while others worked as simple Roman citizens in the city of cities.
Read more
And no one could better describe the pride and glamour of that time, celebrate it more enthusiastically, or recreate it more authentically in their mind’s eye than them. Follow our Roman guides through the city, and learn not only lots of facts about Trier’s Roman history, but also about what it’s like to live as an ancient Roman in the city today. We should mention: It’s not easy. After all, it’s not just the empire and sesterces that have been lost, but also the good old traditions of wearing togas, being carried through the city on sedans, or throwing people to the wild animals in the Amphitheatre …
Order tickets

Note: There are no interior visits.