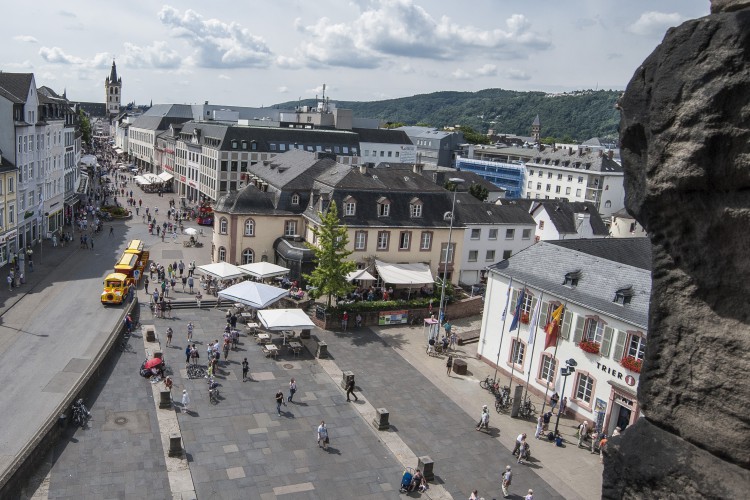 Anyone bearing the name of this Trier landmark, and who sprawls themselves out directly in front of its monumental walls, already has a few laurels on which its stony mass can rest. And that’s no different for Porta-Nigra-Platz. But it defends these laurels year after year: With concerts featuring nationally and internationally acclaimed bands at Porta hoch drei, with a large main stage at the Altstadtfest (old town festival), and with handicrafts and treats at the artisan and specialities markets. But its greatest distinction is its status as a year-round starting point for many of our public tours and group tours. After all, nowhere else gives you a better opportunity to visit and admire the Porta Nigra in all its glory.