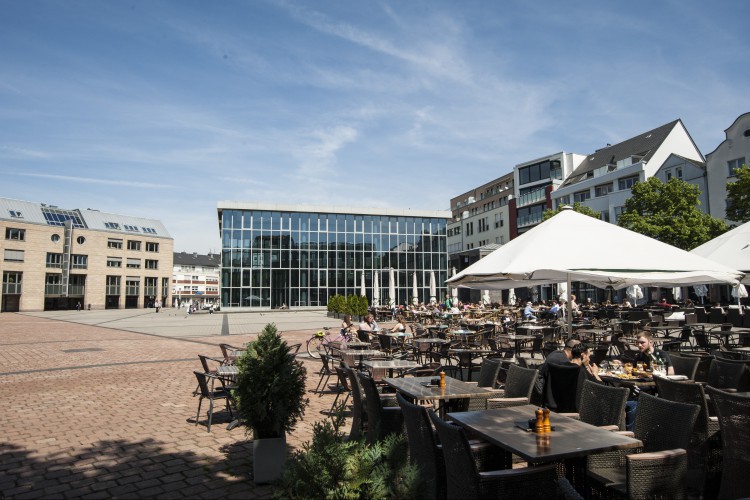 Like
Share
Although the Viehmarkt today greets its visitors as a modern square with a rather sober stoniness, the red lines in its paving that intersect at its southern end attest to the fact that it was once the scene of great events: It was here that Cardo and Decimanus Maximus, the two main axes of the ancient city, ran. In Roman Trier, this was the site of the Forum Baths (Viehmarktthermen) and the Forum as a political, cultural and social centre. Later, the Capuchins would stroll around their garden here, before cattle were brought in with the Prussians.
Read more
This is no longer sold at the Viehmarkt, having instead been replaced with fruit, vegetables, herbs, flowers, sausages, cheese, bakery items and gourmet food. And it’s a regular gig, with the open-air farmer’s market (Wochenmarkt) held every Tuesday and Friday from 8am to 2pm (from 7am between April and September).
But the inner city’s largest square also hosts fairs, design markets and other special events, both modern and traditional. The Viehmarkt has both ends of the spectrum covered.