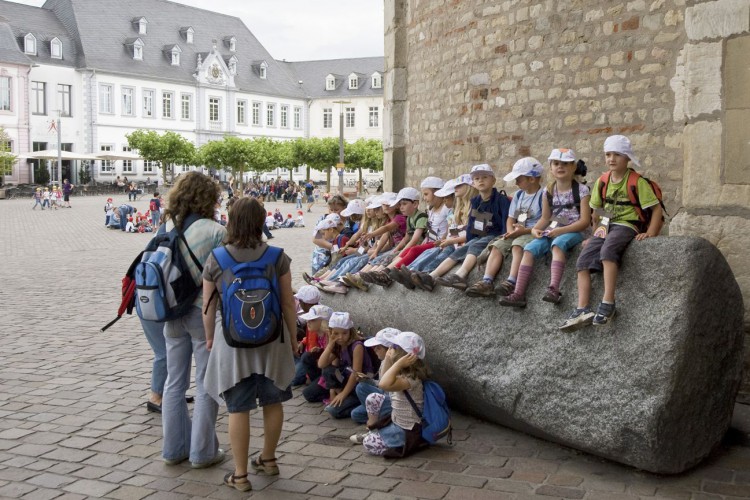 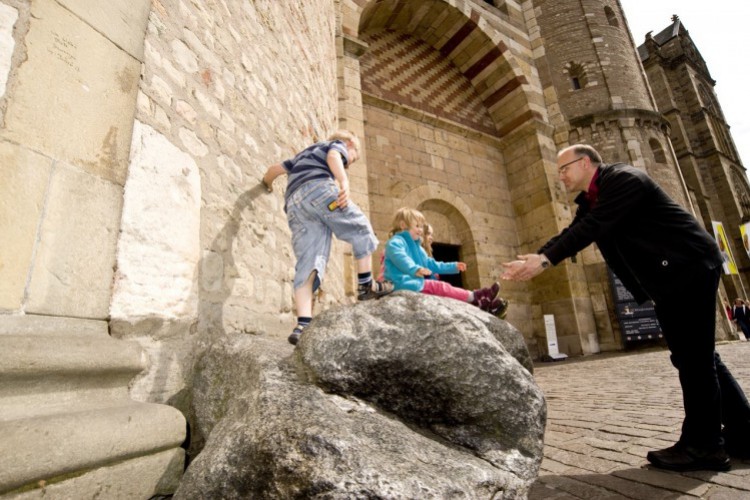 Like
Share
A lot has been going on in the city over the last 2000 years. It was a real Roman emperor who founded Trier, and another who built his actual throne room here.
Read more
A Greek monk shut himself up in the Porta, and an archbishop was adamant about having the tallest church spire in the city. The people of Trier built magnificent homes, and a very famous philosopher was born. Even the devil once visited the city! These are all the stories we’ll be telling you on our child-friendly tour together. Along the way, we’ll meet funny monkeys, serious knights, a bearded saint and an ancient empress who’s found something pretty valuable. Are you in?

Tip: Interior visit of the Basilica of Constantine and the Imperial Baths.