The Secret of the Porta Nigra 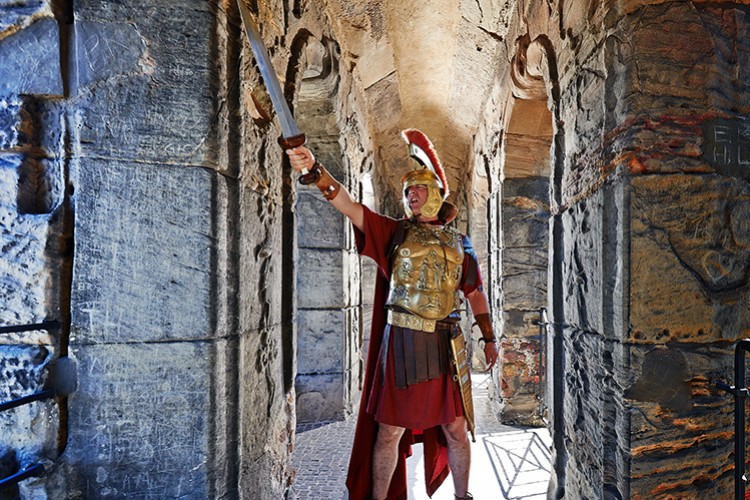 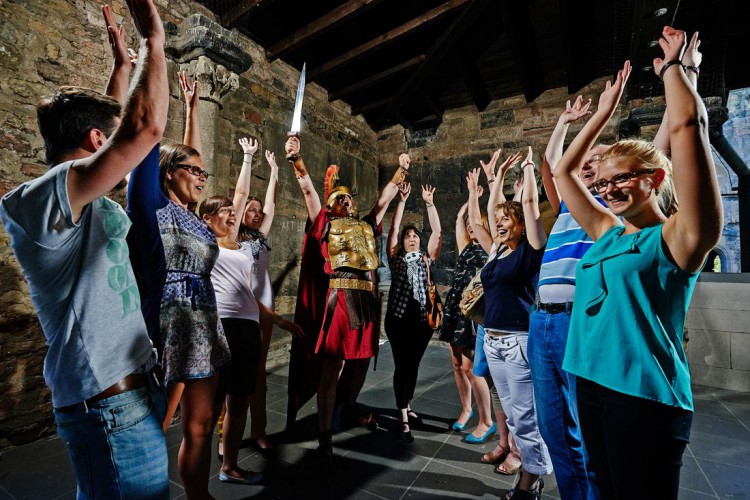 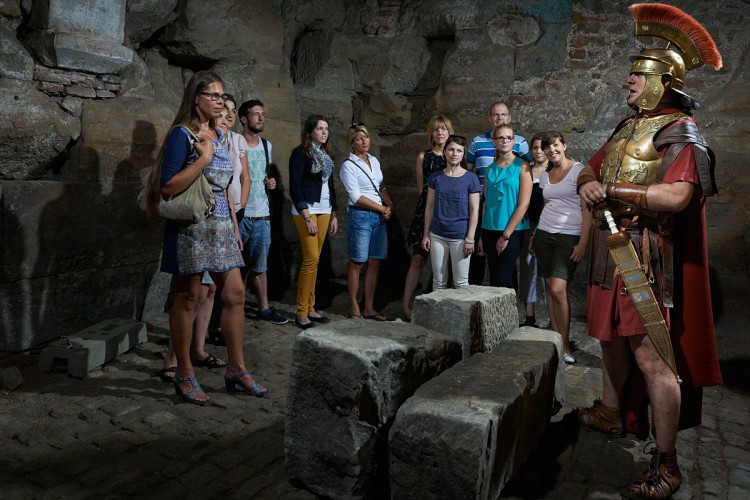 Like
Share
Want to be there live as the Porta Nigra is defended against invading barbarians? Well, you can! Participants of the interactive ‘The secret of the Porta Nigra’ tour can expect a fascinating journey through time back to Roman Trier 1800 years ago, when life was dangerous and daily work tiring – especially for Roman soldiers. The centurion consequently has a lot to talk about: Played by a professional actor, he tells of glittering splendour and grim battles, of fame and transience, of Roman pride and barbarian defiance.
Read more
‘The secret of Porta Nigra’ is the audience favourite of all our interactive tours, and guarantees a different perspective of and inside the Roman building that represents the UNESCO World Heritage city of Trier like no other: the Porta Nigra. The audience are interactively drawn into the building’s exciting history, and soon get the feeling there’s something not quite right about the centurion standing in front of them. Will they be right? Find out yourself!

Please note that no guided tours are currently available.

booking period:
Daily between 9.00 am and 9.00 pm
Other times upon request.


Note:
We recommend this adventure tour for spectators over 10 years old.