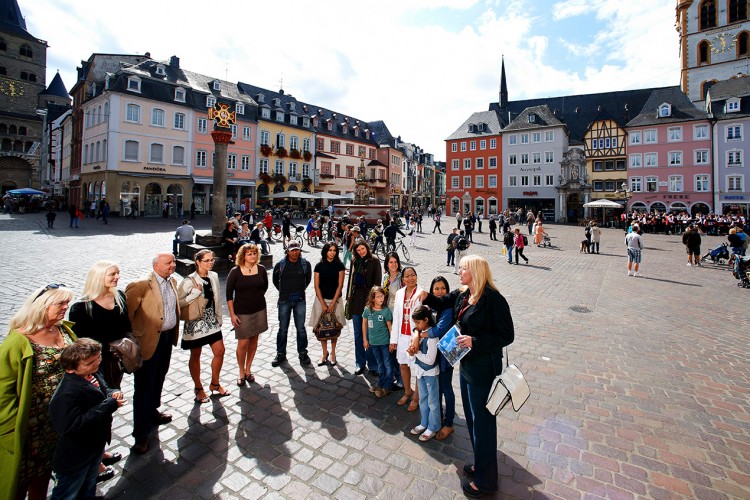 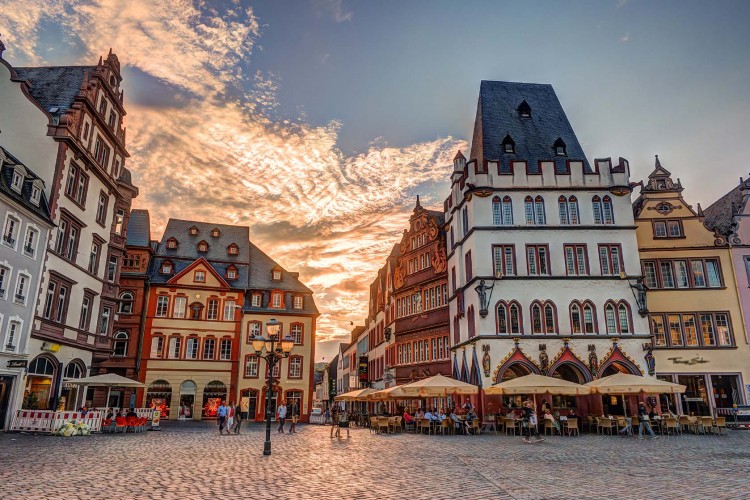 Like
Share
Adelheid von Besselich, born in 1445, didn’t have an easy life. As the daughter of Trier’s town chronicler, she came from an educated, well-to-do family, and was allegedly also a good match for the local master butcher. But her husband Claas unfortunately turned out to be a belligerent bully whose escapades, the pious Adelheid feared, would see him spending many years in purgatory in the afterlife.
Read more
So it’s no wonder that, after his death, she did all possible to atone for his sins through donations and endowments. Some of them, such as the grounds of St Simeon’s Church, have today been lost, while others, like the raised spire of St Gangolf’s Church, which truly exasperated the Archbishop of Trier, have not. As such, a place like the Hauptmarkt is an important site on this special tour, which focuses on the strong women in Trier’s history. They include the emperor’s mother, Helena, in the 4th century, as well as the revolutionary’s wife, Jenny Marx, nee Westphalen, in the 19th century. But Trier-born writer Clara Viebig, known for her impressive Eifel narratives, and Hildegard von Bingen, who was recognised by Pope Eugene II in Trier, also play a yet role. No matter what century Trier’s busy women came from, there was one thing they all had in common with Adelheid: They never sought an easy life. But, and we want to make this clear, it wasn’t always the men’s fault. So they can sit back and relax on this tour.