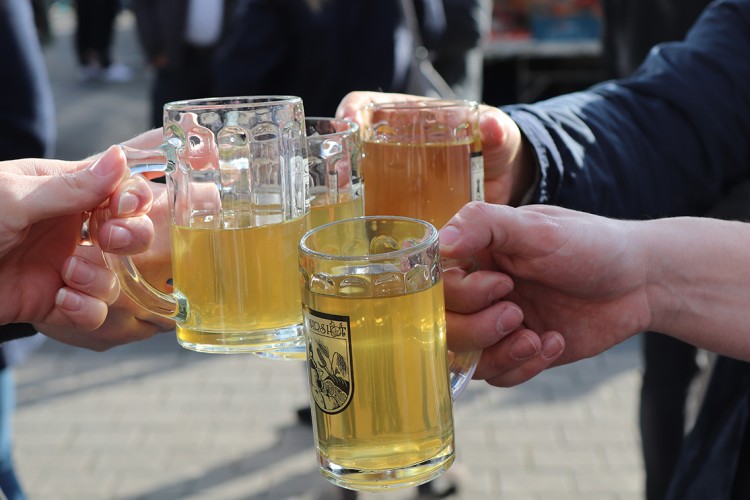 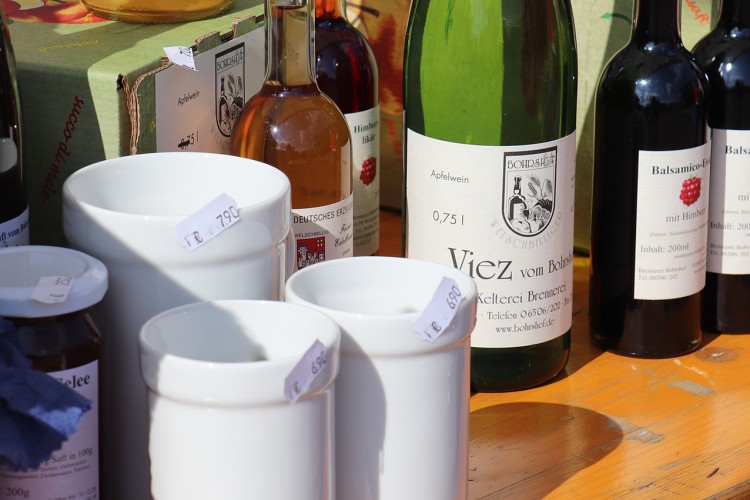 When the Romans moved north, they had to forego much of what they loved at home in the warm Mediterranean region ‒wine for example. And so they discovered another inebriating potion, the apple wine or cider. It became a substitute wine while the newly planted grapevines grew. As a representative of the wine obtained from grapes, the Roman cider was called "Vice Vinum"... so it is told. Whether this story is true can not be clarified anymore.

Read more
But the name has remained: Viez! This is what cider has been called since time immemorial in the region between Moselle and Saar. Viez is a delightful beverage in countless variations. So there are varietal Apfelviez; mixtures with pear, quince or elderberry; and there is the sweet Viez, the unfermented apple juice. Traditionally, the Viez is dry-built, but the creativity and experimentation of apple growers know no bounds. Each grower has his own secret recipe, often passed on for generations in the family. Meanwhile, Viez is also available as Secco, sparkling wine or bubbly. Viez is being expanded with an alcohol content of 5 to 7 percent. So the dry and tart drink harmonizes perfectly with hearty meals.


The raw material for making Viez is provided by the numerous orchards on the so-called Saargau between the Moselle and the Saar across national borders. Hence Viez is to be found in Lorraine, in the Saarland, the district Trier Saarburg and the western parts of Eifel and Hunsrück, in particular however also in Luxembourg.