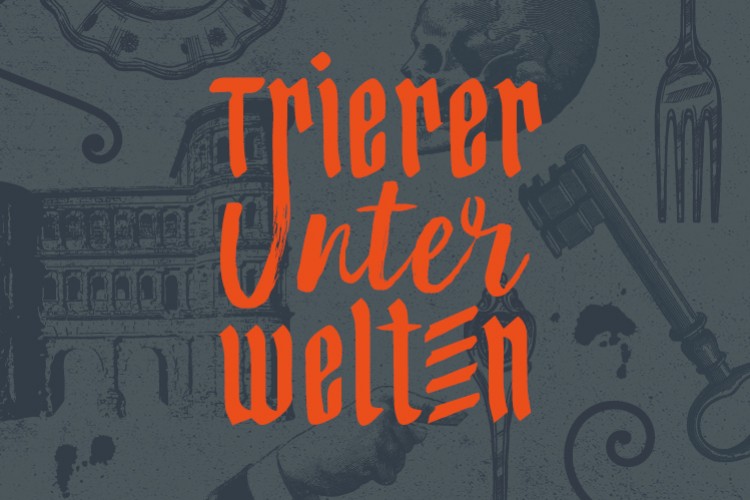 The underworlds of Trier are spread all over the city center and so complex and thrilling that one world is not enough. They are made up of cellars and catacombs, tunnels and basements, excavation sites, garages, and crypts. These places offer the perfect settings for a stunning cultural experience of its own: from exhibitions, theatre, concerts, culinary arts, to guided tours and lectures.
Read more
What are the Trier Underworlds?
The “Trier Underworlds” are a state project with which the city of Trier, as one of two cities in 2018, launched the profiling competition “Culture | Regionality | Tourism ”from the Rhineland-Palatinate Ministry of Economics. The “Trier Underworlds” were able to convince the jury with their innovation and authenticity: For the first time, 28 underground and nine above-ground venues will be staged together with 22 cooperation partners in a joint three-week festival (planned and organized by Trier Tourismus und Marketing GmbH).

Trier Underworlds Festival
The event period extends from October 28 to November 19, 2022. During this period, visitors can expect a varied program of guided tours, theater productions, art exhibitions, readings, cinema screenings, concerts and culinary delights as well as a separate children's program as part of the festival.

More information: www.trierer-unterwelten.de (in German)
Download of the brochure (in German).

Trier Underworlds Night
The Trier Underworlds Night takes place on November 12 and allows to discover 26 subterrean locations during eleven guided tours. Each of the eleven tours (duration about 110-140 minutes, in German) terminates in one of the 'open cellars'. A tour guide leads the group from one facility to the other.
With each admission for any tour on November 12 you have access to any of the four 'open cellars' (Vereinigte Hospitien, Thermen am Viehmarkt, wineBANK und Weinstube Kesselstatt) where you can enjoy a drink and listen live music of different genres.