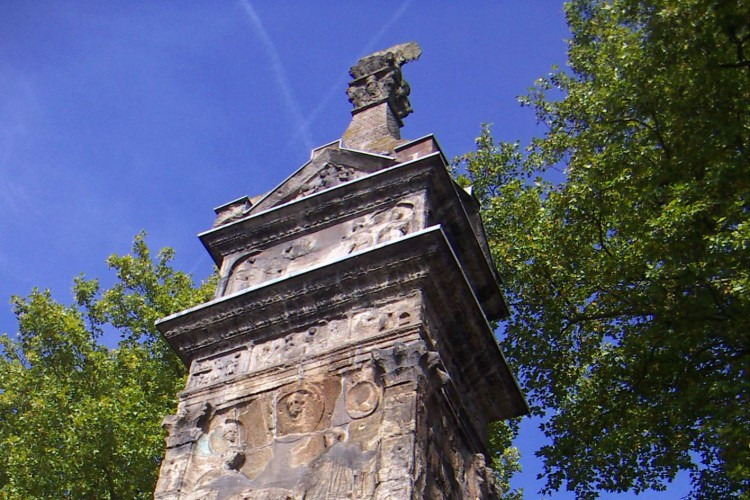 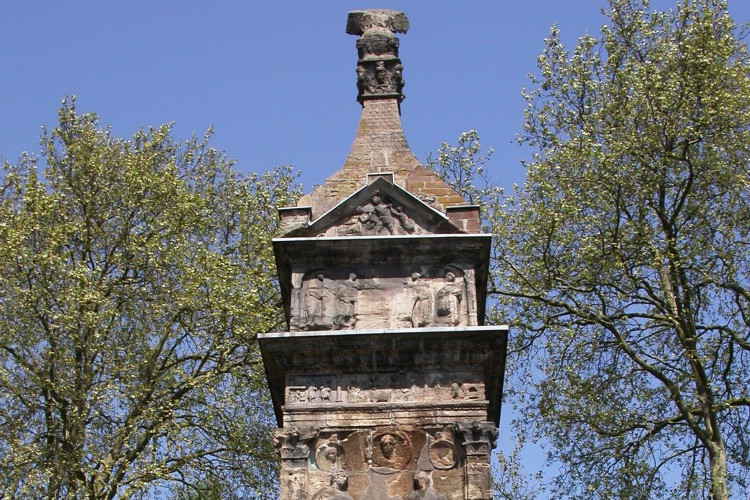 There was little room for humility in the life of a rich Roman. Particularly when it came to his own afterlife. Sure, it’s not like they were living on Mount Olympus, but they had still earned a certain degree of wealth and status while on earth. But their own vanity prohibited them from being able to take this position to their grave after their death. So the head of the Secundine family invested an incredible sum of money to build a luxury tomb for himself and his still-living or already-deceased family members, as well as an advertisement of sorts for their wealth: The 23-metre Igel Column, the largest preserved gravestone north of the Alps.

Read more
With magnificent, coloured reliefs on all four sides, and Jupiter, father of the gods, sitting at its top as an eagle, the monument demonstrated, right from afar, that no ordinary family was buried here; this was a rich family of textile merchants. It even thrilled the likes of Johann Wolfgang von Goethe in 1792: “The power of the antiquity has perhaps never been felt as strongly as it has in this contrast: A monument, to times of war, but also to joyous, victorious days and the lasting wellbeing of the active, enterprising people of this region.”

This tomb continues to display this wellbeing in modernity: The Igel Column is still standing in situ, as archaeologists say, i.e. at its original site, in the small municipality of Igel, some ten kilometres from Trier towards Luxembourg, and near the Moselradweg cycling track. People previously believed it to be the gravestone of the family of Constantine the Great, and thus refrained from demolishing it the way they did with so many other tombs. While this theory has proven to be false, another, which claims that the name ‘Igel’ is derived from the eagle (‘aquila’) atop the striking column, is still deemed to be true to this day. So it’s safe to say the Secundines definitely left their mark for posterity.

A must for: Textile merchants. Undertakers. Hikers and cyclists. Jupiter worshippers and mythology fans.


PSSSST! THE INSIDER TIP:
A number of other tombs from greater Trier line the so-called ‘Gräberstrasse’ (‘road of tombs’) at the Rheinisches Landesmuseum Trier. This ‘road’ is long, sprawling room unparalleled not only in terms of the age of it exhibits (many have been in the collection since the end of the 19th century), but also in terms of the sublime everyday scenes depicted on the gravestones. Bears fighting wild boars, women dressing their hair, children going to school, people rowing, dancing, paying their rent, celebrating feasts, or going hunting. And if you look out the windows into the museum’s interior courtyard, you’ll also see an original-size replica of the Igel Column (currently covered up). Several times a week, the ‘Gräberstrasse’ plays host to the ‘In the Realm of Shadows’ spatial media theatre, which brings the gravestones back to life through elaborate projections.
More information can be found here.

The Igeler column is freely accessible.

The Igeler column is freely accessible, an entrance fee is not charged. 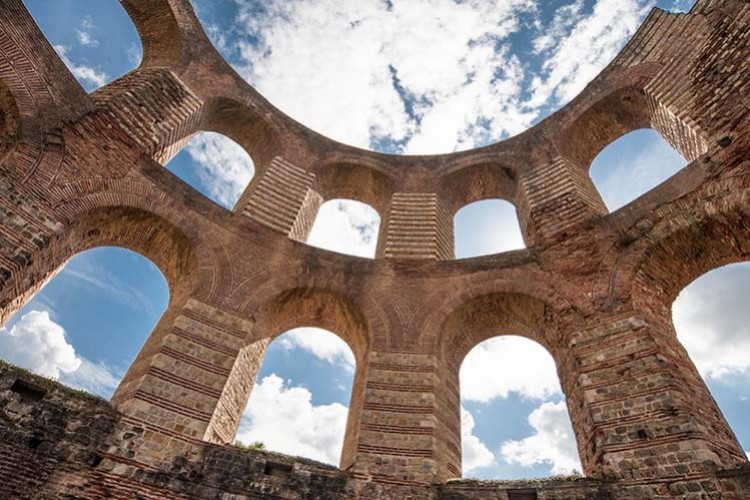 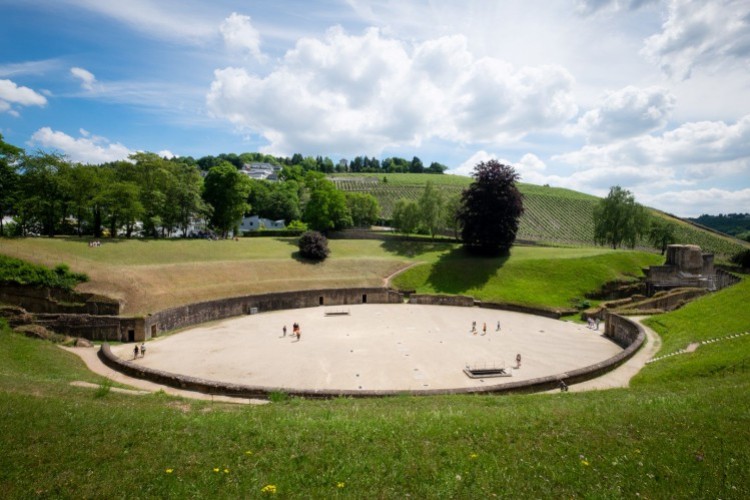 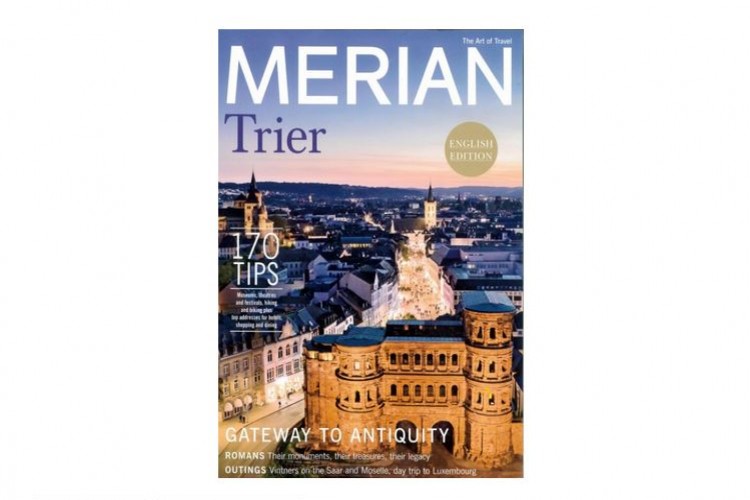